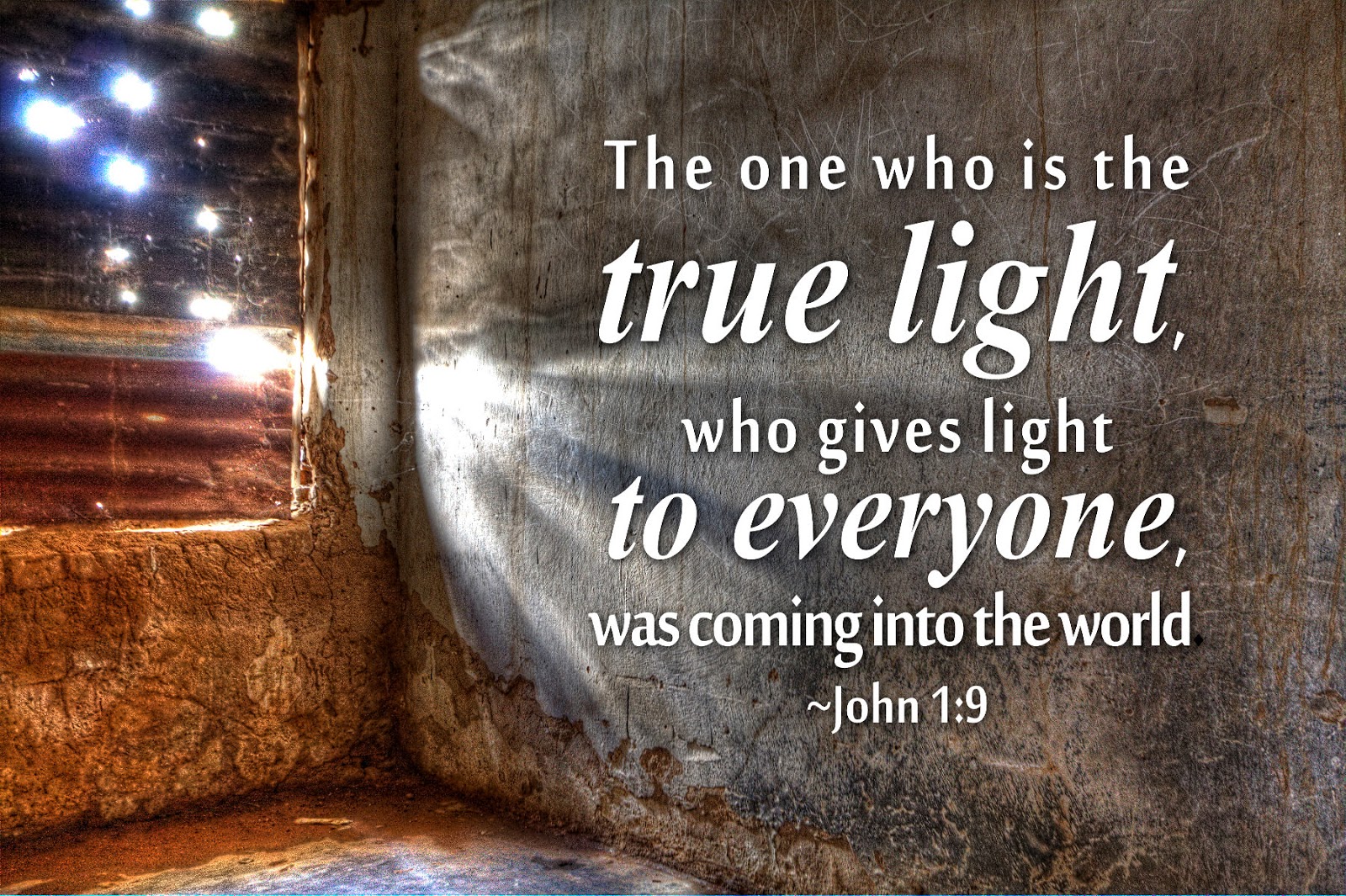 The one who is the true light, who gives light to everyone, was coming into the world.He came into the very world he created, but the world didn’t recognize him. He came to his own people, and even they rejected him. But to all who believed him and accepted him, he gave the right to become children of God. ~John 1:9-12 NLT

I have to admit, it is really hard for me to grasp that God, who created billions of universes, paid attention to teeny tiny details of His creation, and for whom nothing is impossible, sent His Son down here to yet again give us a chance to be with Him.  And He did it knowing we would not only reject Him, but kill his human form in a horrible way.  I just can't grasp that kind of love.

I love my children with all my heart, but I would never send one to be tortured to save another, and yet that is what God has done....

for me.  Let that soak in.   This wasn't something He did for your neighbor, or just for the ones who were trying to get it all right.  Jesus came for the drug addict, the pornographer, the liar, the thief, the mom who just wants to get away from her children, the father who abandoned his children, the murderer....He came for ALL of us.  That includes you and me despite the things we have done or are doing that are detestable to God.

You see, God isn't looking at us with condemnation in his eyes, but sorrow.  He knows the person we were created to be, He created us.  He knows what we are capable of if we weren't burdened down by all of the bad choices we had made.  That is the person He sees when He looks at us, and that is the person He wants to restore us to.  That is why He sent Jesus, and why Jesus accepted His fate knowing how difficult it would be.  Take a moment and read His words in Luke 22:38-39:


Then he (Jesus) said to them, “My soul is overwhelmed with sorrow to the point of death. Stay here and keep watch with me.”  Going a little farther, he fell with his face to the ground and prayed, “My Father, if it is possible, may this cup be taken from me. Yet not as I will, but as you will.”

You see, not only did Jesus accept His fate, He loved us enough to follow through.  Read that again...He loved us enough to follow through.  Jesus died for you to be able to enter into a relationship with His Father and not only that, but to be able to stand before God pure and clean.  Jesus paid the price for every sin you ever thought or committed as well as those in the future.  And yet we go about our day and try to squeeze Him into our life....if we have time.....if we remember.....

Take a moment today and give Him the time.  Not because He has earned it, which He totally has, but because of who He is...because of how much He loves....because He deserves our all.