What can you learn from King Hezekiah? 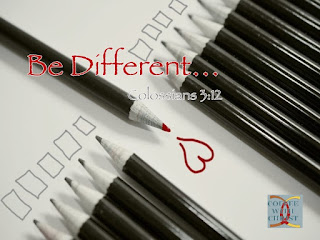 Before you can understand who Hezekiah was, it is beneficial to first understand who another king was—King David. Despite some of his heinous acts, he is mentioned in the Bible as a “man after God’s own heart.” (1 Samuel 13:14, Acts 13:22). God promised (and fulfilled) David that through his lineage, a king would forever reign [Jesus] (2 Samuel 7). He was a big deal. He was to whom other kings would be measured. [For a previous blog on David click here]. Therefore, when the first mention of Hezekiah’s reign compares him to David (2 Kings 18:3), you know to pay attention. Hezekiah is different than the other kings mentioned in Kings and Chronicles. And his difference can also be what makes you different… (Colossians 3:12).

There are many lessons one can learn from Hezekiah. But the two most important things to keep in mind, like David, and comparable to you: 1) he aimed to please God 2) he wasn’t perfect.

Because of his efforts to follow God’s laws and commands, and that he sought God wholeheartedly, he was very successful (2 Kings 18:5-7). Let’s back up a hot minute and mention that his father was Ahaz—a man who “did not do what was pleasing in the sight of the Lord…” (2 Kings 16:2) He was evil—as a leader (he led the people of Israel further into pagan practices and destroyed the Temple)—and a father (he sacrificed his son(s) in fire) (2 Kings 16:3-4). The man did not guide Hezekiah well. Yet, Hezekiah managed to defy those odds and succeed with the Lord… (And Judah increased in power during his reign).

In religious reformation, Hezekiah removed the pagan shrines, sacred pillars and Asherah poles. He even destroyed the bronze serpent Moses had made because the people were worshipping and offering sacrifices to it. [Be careful that our aids to worship don’t become objects of worship themselves by the way we use them.] He repaired and purified the Temple (Ahaz had closed the Temple and nailed the doors shut) and reformed the priesthood (Ahaz had kept them from their duties). [Pressures, responsibilities and/or people can render us inactive and ineffective. When you’ve been given the responsibility of a ministry (class, group, blog, book, song, etc.—don’t neglect your duty.] He resumed the Passover tradition of inviting the tribes of Israel to take part in the festival. (2 Chronicles 29) Side note: Hezekiah’s messengers were mocked for their invitations to the Passover festival. [Don’t be afraid to spread the Gospel and be prepared to be mocked by others as well. But also be prepared for others to listen and hear what you have to say. The Holy Spirit convicts and convinces (John 16:18). We are tasked to tell others of God’s actions, claims and promises (2 Chronicles 30:10-12)]. Some people were so excited to worship God that the Levites were shamed by their lack of zeal. [The church body can motivate the church staff to rejuvenate their passion for God’s work to which they were called (2 Chronicles 30:15)]. Hezekiah led a spiritual revival in Judah (2 Chronicles 31:2-21). People’s hearts were so overwhelmed that, even though they weren’t worshipping correctly (weren’t purified), Hezekiah interceded on their behalf in prayer, knowing God’s compassion and mercy, in which the Lord forgave them (2 Chronicles 30:18-29). He also reinstated the practice of tithing (2 Chronicles 31:3-4), allowing the Levites to serve and minister to the people. [God’s people need to support God’s work. What portion of your life do you dedicate to God?] His generous giving led the people to follow his example. [We can lead others to God by simply living a life exemplary to Christ (2 Timothy 2:22).]

When the Assyrian spokesman arrived to threaten Hezekiah and his people, his speech involved many “Don’t let Hezekiah deceive you…Don’t let him fool you…Don’t listen to Hezekiah…Don’t let Hezekiah mislead you…”, trying to intimidate the people into distrusting Hezekiah and in turn, God (Isaiah 36:14-18). This clearly shows that Hezekiah had been encouraging his people of God’s deliverance and ability to defeat the enemy (2 Chronicles 32:7-8). [We should be encouraging others to have confidence in God. To trust Him. To develop a relationship with Him. Teach, strengthen, give hope, console them… (Romans 15:2, 1 Thessalonians 5:11).]

We should be encouraging others to have confidence in God. To trust Him. To develop a relationship with Him. Teach, strengthen, give hope, console them…

In civil reformation, he revolted against the king of Assyria (to whom Ahaz had submitted), refusing to pay him tribute, and conquered the Philistines. He placed his faith in God and obeyed His commands in spite of the obstacles and dangers that seemed overwhelming (2 Kings 18:7). Realizing the situation with Sennacherib was hopeless, he went to the Temple and prayed. God told him (through Isaiah) the He planned and allowed Sennacherib victories. (God is Sovereign over all (2 Kings 19:20-28)). [Prayer should be our first response in any crisis. Don’t wait until things are hopeless. Pray daily for God’s guidance. Our problems are God’s opportunities (2 Kings 19:1-7, 14-19). We must commit all situations to God in prayer, trusting Him for the resolution. Have faith that God has already prepared the best answer. Ask in faith, and wait in humility.] Hezekiah went boldly to God. He acknowledged Judah’s dependence on God and knew his prayer would bring deliverance and forgiveness (Isaiah 38:16-18). [The daily battles we face can be won in faith with Christ’s strength (Philippians 4:13). Our faith won’t keep us from trials, but it prepares us to make it through them (John 16:33)].

Our problems are God’s opportunities. Have faith that God has already prepared the best answer. Ask in faith, and wait in humility.

Never underestimate the power of prayer, nor doubt the possibility of miracle.

Not long after his miraculous recovery however, Hezekiah was visited by envoys from Babylon to congratulate him on his recovery. Flattered by their visit, he boasts of his wealth (perhaps attempting to boast of God’s blessings (?)) and shows them everything he treasured (2 Kings 20:12-15). [Don’t use your blessings to impress others. Give glory to God, but don’t flaunt your treasures for others to envy (Jeremiah 9:23).] After Isaiah reprimanded him, he humbled himself and repented of his pride (2 Chronicles 32:26); therefore, God’s anger didn’t fall on the people during his lifetime.

There is so much we can learn from the life of Hezekiah—through both his accomplishments and his weaknesses. Our actions affect those around us, and those after us. He had a natural inclination to respond to present problems (but not deal with their long-term affects). What about us? In today’s world, are we making any contribution to civil and religious reformation? Though, sweeping reforms are short-lived when little action is taken to preserve for the future. The past affects the present and the future. Lessons are to be learned, and repeated mistakes are to be avoided. Past obedience doesn’t remove the possibility of present or future disobedience; but complete dependence on God will produce incredible results. We are all capable of beating impossible odds—because with God ALL things are possible (Matthew 19:26, Mark 10:27).

Our actions affect those around us, and those after us. The past affects the present and the future. Lessons are to be learned, and repeated mistakes are to be avoided.