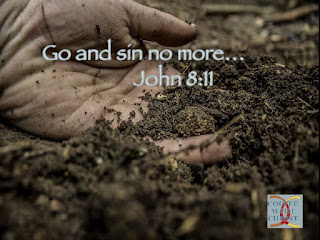 We’re in the home stretch of 2020. And this year has been…well, it’s been a year to remember. I’ll leave it at that because I don’t want to dwell on the bad. I won’t give the devil any more satisfaction.

I will say, however, that I truly don’t think I’d have made it through this year without God’s Word guiding, comforting and loving me. At the end of last year—as some of you may recall 2019 was a year I was ready to be rid of—I’d made the decision to dive deeper into God’s Word and found a study that took you through the Bible in a year. It’s thorough and intensive. But, can be done in about 20-30 minutes a day if you stick with the reading plan and podcast review. I also read two separate commentaries to recap and clarify the text. At the beginning of October, we entered the New Testament. And I couldn’t have been more ready. (Though I will say the clarity of some of the ‘doom-and-gloom’ prophets of Israel in the OT really helped shed some light on all that’s been going on in the world today (plagues, anarchy, sin)). [For examples of such messages, see: Judgment Day, Hope In A Broken-Hearted World]

I’ve learned so much about Who God Is by these readings. And when you actually look and study, you see that Jesus is Present before the New Testament. And you see how beautifully Scripture is woven together in all of its divinity.

Case in point: John 8:1-11, John 9:1-7 and dust. First, you have to remember that God spoke the world into existence. “God said…” (Genesis 1:3, 6, 9, 14, 20, 24, 26) Everything He created He only had to speak to create it. Before Creation, everything obeyed God’s Word. Until man. God had this incredible world yet longed for companionship. And to create a companion, He formed him and breathed life into him (Genesis 2:7). He could’ve just spoken for man to be created. But He literally, physically made Him with His own two hands, and then breathed air into him (ideally using His mouth) [how incredibly personal]. I find it ironic [is it really?] that God used dust (filth) to create us. One could argue that dirt of a perfectly created world might not be filth at that time, I guess. But nevertheless, man was formed from the ground of the earth He spoke into creation [stay with me on this to the end].

In John 8, a woman was caught in adultery. [There’s a lot to unpack in this, but we’re sticking with the dustcomparison]. John 8:6: “Jesus stooped down and wrote in the dust with his finger.” This woman was caught in adultery, a clear violation of God’s Law—the Ten Commandments. Which, remember, were “inscribed by the finger of God” (Exodus 31:18). Tony Evans explains it this way: “…whatever Jesus was writing was a subtle way of communicating to [the Scribes and Pharisees) that he himself was the divine author of the law. Writing on the dirt was also an allusion to the fact that the law had been given to mankind who had been created out of dust and were therefore vulnerable to weaknesses and sin.” (The Tony Evans Bible Commentary). John 8:8 then says Jesus stooped down again to write in the dust. “Just as God had written the Ten Commandments on two tablets a second time after the Israelites had sinned and Moses smashed the first ones (Exodus 34:1). The second giving of the law meant that God was giving his people a second chance just as he was about to do with this woman…”

In John 9, Jesus healed a blind man using dust (from the ground) and saliva (from his mouth) (John 9:6). [This story, too, has a lot to break down, but again, we’re sticking with the dust].“Thus the word of God (i.e., spit from Jesus’s mouth) mixed with humanity (i.e., dirt from which man was created) provided the basis for the miracle. By using his saliva, Jesus was imparting divine DNA to the human defect in order to bring about a supernatural transformation of his humanity. This was to serve as a physical illustration of the supernatural spiritual transformation Jesus came to bring (see Isaiah 35:4-5).” (The Tony Evans Bible Commentary). Did you catch that? The dirt of man (sin) mixed with the spit of Jesus (God’s Word) can transform into a spiritual awakening. [“I was blind, and now I can see…” (John 9:25)]. Jesus Christ, the Word (John 1:1-5) was God. He created us. He gave us physical life then, and He gives us spiritual life now.

Isn’t it amazing how God can use dust and spit? Two filthy substances (by all worldly accounts) [just see how we’re to wear masks to filter such filth] to create and heal this world? The world that He literally spoke (using saliva in His mouth) into creation, and dust that He literally formed man—His greatest creation—from? And He wants to heal you. If you haven’t already, won’t you consider asking Jesus into your heart and into your life? You’re not too covered in dirt that He can’t wash away with His Word. His mercy and grace know no bounds.

Open your eyes. The writing is in the dust.

*The Bible Recap (through the Bible app) is the study that I am using to walk through the Bible in a year. It’s never too late to start. They break Scripture out daily, in chronological order (for the most part), to teach you God’s Word. Then there’s a podcast (similar to a commentary) that breaks it out. The whole point is to teach you Who God Is.

**(The Tony Evans Bible Commentary) is one of my favorite commentary’s I’ve ready so far. He has incredible insight to Scripture. And a gift for discerning God’s Word and explaining it in easy-to-understand language.